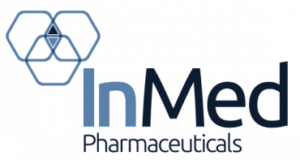 The company is dedicated to delivering new therapeutic alternatives to treat conditions with high unmet medical needs. The company is also developing a proprietary manufacturing technology to produce pharmaceutical-grade rare cannabinoids in the lab.

In October 2021, InMed announced its acquisition of BayMedica Inc., a private U.S. firm specializing in the manufacture and commercialization of rare cannabinoids for the health and wellness sector. BayMedica, now operating as a subsidiary of InMed, is a revenue-stage biotechnology firm leveraging its significant expertise in synthetic biology and pharmaceutical chemistry to develop efﬁcient, scalable and proprietary manufacturing approaches to produce high quality, regulatory-compliant rare cannabinoids for consumer applications.

There are more than 100 rare cannabinoids found in only trace amounts in the cannabis plant, together making up less than 1% of the plant’s biomass. InMed is initially focused on the therapeutic benefits of cannabinol (CBN) in diseases with high unmet medical need. Preclinical studies of CBN demonstrated an excellent safety profile and showed CBN has potential for therapeutic benefit over other cannabinoids such as tetrahydrocannabinol (THC) and cannabidiol (CBD).

Evidence suggests there may be great therapeutic potential in rare cannabinoids. Each has a specific chemical structure, and different cannabinoids have been observed to have distinct physiological properties in humans, including therapeutic potential for specific diseases as well as unique safety profiles. CBN is the active pharmaceutical ingredient (API) in InMed’s two lead programs for dermatological and ocular diseases.

InMed’s most advanced compound, INM-755, is a CBN topical cream under clinical development for the treatment of epidermolysis bullosa (EB), a severe genetic skin disorder. To date, INM-755 has been evaluated in two Phase 1 clinical trials in healthy volunteers. A Phase 2 clinical trial in EB is currently underway, marking the first time that a CBN-based formulation has advanced to a Phase 2 clinical trial. The study is taking place at 13 sites across eight countries in Europe, with patient screening and treatment currently ongoing.

InMed is also developing INM-088, an ocular CBN formulation being researched for the treatment of glaucoma, the second leading cause of blindness in the developed world. InMed is currently evaluating several formulations to deliver CBN into the eye to address issues of dosing frequency, side effects and treatment penetration. INM-088 is being designed for topical delivery to the eye. This localized delivery results in very little drug being absorbed or migrating into the bloodstream, thus minimizing potential adverse side effects. INM-088 shows promise to reduce intraocular pressure and provide neuroprotection of the eye.

The limited availability of rare cannabinoids like CBN makes them economically impractical to extract directly from the plant for pharmaceutical use. InMed is developing IntegraSyn, a cannabinoid synthesis manufacturing system to create rare cannabinoids in the lab that are bioidentical to the compounds derived from the cannabis plant. IntegraSyn uses multiple standard pharmaceutical processes and has achieved a cannabinoid yield of 5 grams per liter, surpassing commercial viability and significantly exceeding currently reported industry yields. InMed is now focusing on manufacturing scale-up to larger batch sizes while continuing process optimization, targeting increased cannabinoid yield and further reducing overall cost of goods.

Through BayMedica, InMed commercializes rare cannabinoids cannabichromene (CBC) and cannabicitran (CBT) as a B2B supplier to distributors and manufacturers marketing products in the health and wellness sector. Additionally, commercial scale production of cannabidivarin (CBDV) is underway, with tetrahydrocannabivarin (THCV) production scheduled to commence in the near future. InMed expects to produce over 100kg of CBDV and THCV in the coming months to meet anticipated initial demand.

“We are delivering on our objective to launch additional rare cannabinoids in early 2022 in response to inbound demand,” Shane Johnson, SVP and General Manager of BayMedica, stated in a January news release. “By midyear, we expect to have at least four rare cannabinoids available for the health and wellness markets, positioning us as a leading large-scale supplier of high quality rare cannabinoids in these sectors.”

Eric A. Adams has been CEO and president of InMed since June 2016. He has more than 25 years of experience in establishing corporate entities, capital formation, global market development, mergers and acquisitions, licensing and corporate governance. He previously served as CEO at enGene Inc. Prior to enGene, he held senior positions in global market development with QLT Inc. (Vancouver), Advanced Tissue Sciences Inc. (La Jolla, CA), Abbott Laboratories (Chicago, IL) and Fresenius AG (Germany).

Michael Woudenberg is InMed’s COO. He has more than 20 years of successful drug development, process engineering, GMP manufacturing and leadership experience. He has held positions with 3M, Cardiome Pharma, Arbutus Biopharma and, most recently, was Managing Director of Phyton Biotech LLC.

Bruce S. Colwill is InMed’s CFO. He has more than 25 years of financial leadership experience in public and private companies. Prior to InMed, he served as CFO of General Fusion Inc., a private clean energy company. He was also CFO at Entrée Resources Inc., a mineral exploration company, from 2011 to 2016. He has held CFO roles at Neuromed Pharmaceuticals Ltd., Response Biomedical Corp, Forbes Medi-Tech Inc. and Euronet Worldwide Inc.

Eric C. Hsu is Senior Vice President, Pre-Clinical Research and Development at InMed. He joined InMed with more than 18 years of scientific leadership experience in the field of gene therapy. He has held various positions within enGene Inc., including vice president of Research and vice president of Scientific Affairs and Operations. He received his Doctorate from the Department of Medical Biophysics at the University of Toronto.

Cannabis entrepreneurs have long been locked out of traditional sources of capital – from government loans disbursed through the U.S. Small Business Administration to traditional banks. But lack of access to capital is just one of the many barriers to entry that scores of aspiring cannabis business operators face all over the United States. Others […]